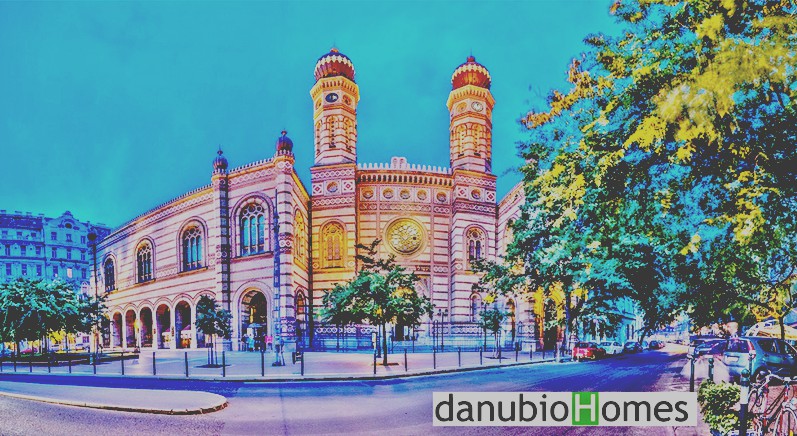 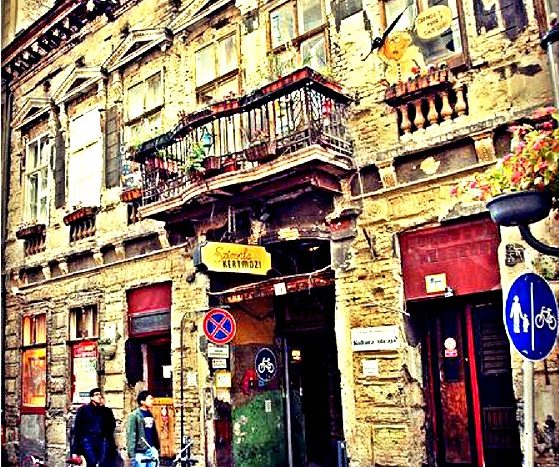 The Jewish district of Budapest is located in Pest, on the eastern bank of the Danube.

The Jewish ghetto was formed by the streets of Dohany, Karoly, Kiraly and Kerttensz.

This was the place where the Jewish were forced to live under the Nazi regime during the Second World War.

Jewish district is a neighborhood with a lot of historical value, but there are a lot of buildings that didn’t survive due to the lack of care received. Nonetheless, we found in there the Dohány Sinagogue, the bigest in Europa that was built in 1854-1859. Also is the secondone bigest of the world, the first one is the Emanu-El, wich is located in New York.

And although these episodes show the great sadness experienced in the city in the twentieth century, this district has become one where there is the largest commercial movement, bars and clubs for what is known today.

Between these buildings there are the well knows “Ruin bars” which are buildings in ruins
that the government, after entering a major crisis in the 90s, sold to young people at a low price, so they were affordable for them. Then they redecorated with objects that they found in the street.

This is the reason why these bars are different and special.

As you can see, living in this district is a privilege, and in danubioHomes we have different flats in this area.

Since 2016 thousands of customers are satisfied, if you also want to be one of them contact us at the following link: http://rent-budapest.com/contacts/.

Also, you can check the available properties: http://rent-budapest.com/available-properties/