District V makes up the heart of Budapest, the political, financial, commercial and tourist center of Hungary. Belváros and Lipótváros are the two historical neighborhoods that are forming the district V.

Belvaros, located in the south-east part of the district. This area conforms the very center of downtown Budapest, around Vaci Utca, the most famous street for shopping in Budapest, Deak Ferenc Ter, the central public transport station of Budapest, and the Central Market. Yes, whenever we were saying that is the very center, we weren’t lying.

The other part, Lipótváros, is formed by all the historical buildings and residences on the north part of the district. Among its main points we find the marvelous St Stephen’s Basilica. Is the big alley of Bajcsy-Zsilinszky, full of shops and restaurants, and the very well-known Parliament of Budapest.

As you may see, District V is one of the main beautiful districts in Budapest, and one of the most culturally alive. It is also a very busy area of the city, as there is a small „Bank District” area and the CEU University, which attracts many international students from around the World.

This area of Budapest is one of the most expensive ones for renting an apartment, and is very popular with young professionals and the wealthier, posh individuals. The streets are well maintained, the classical buildings are mostly very well refurbished with their original detail, and it has many lovely pedestrian walkways with fancy restaurants and shops.

This incredible building is a Roman Catholic basilica named named in honour of Stephen, the first King of Hungary. Today, its mummified arm (creepy!) rests in a vitrine as a reliquie of the Basilica. It was finished in 1905 and is one of the biggest buildings in the city. 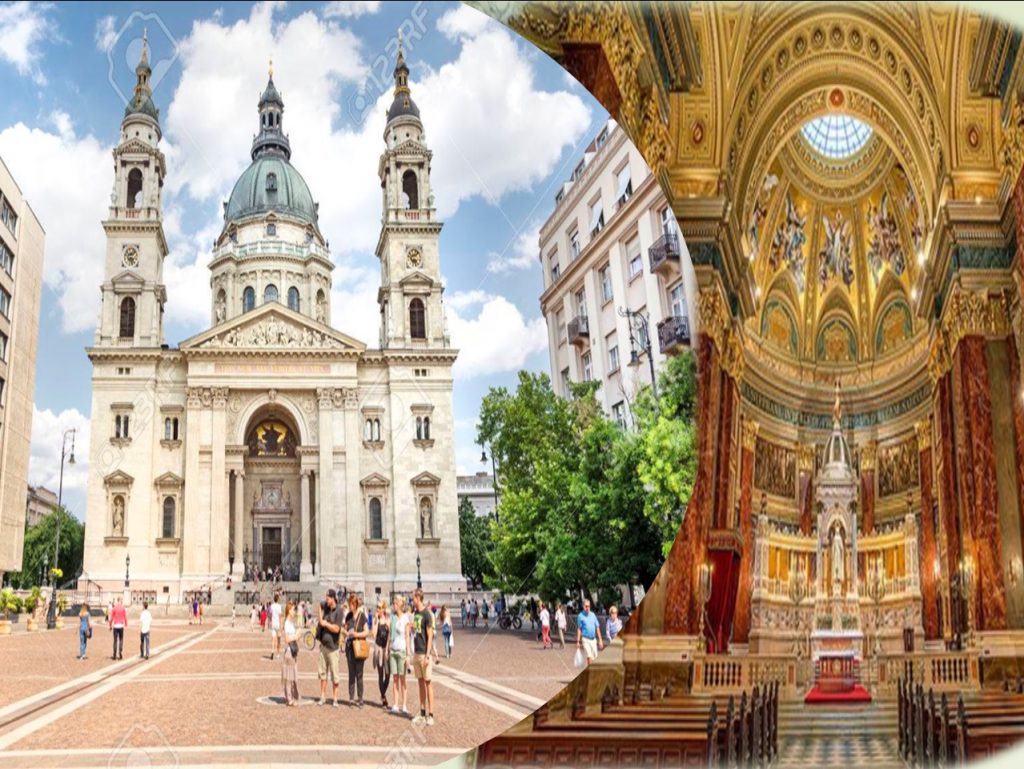 The interior is exquisitely decorated with paintings, reliquies and lots of gold. The big dome in the middle of the building offers a very beautiful sight from the inside but also an incredible panoramic of District V and the entire city, as you can go to the lookout point on top of it.

Also known as the Parliament of Budapest, this building serves as the seat of the National Assembly of Hungary, a notable landmark of Hungary and a popular tourist destination of Budapest.

It lies in Lajos Kossuth Square, on the bank of the Danube. It is currently the largest building in Hungary and still the tallest building in Budapest. 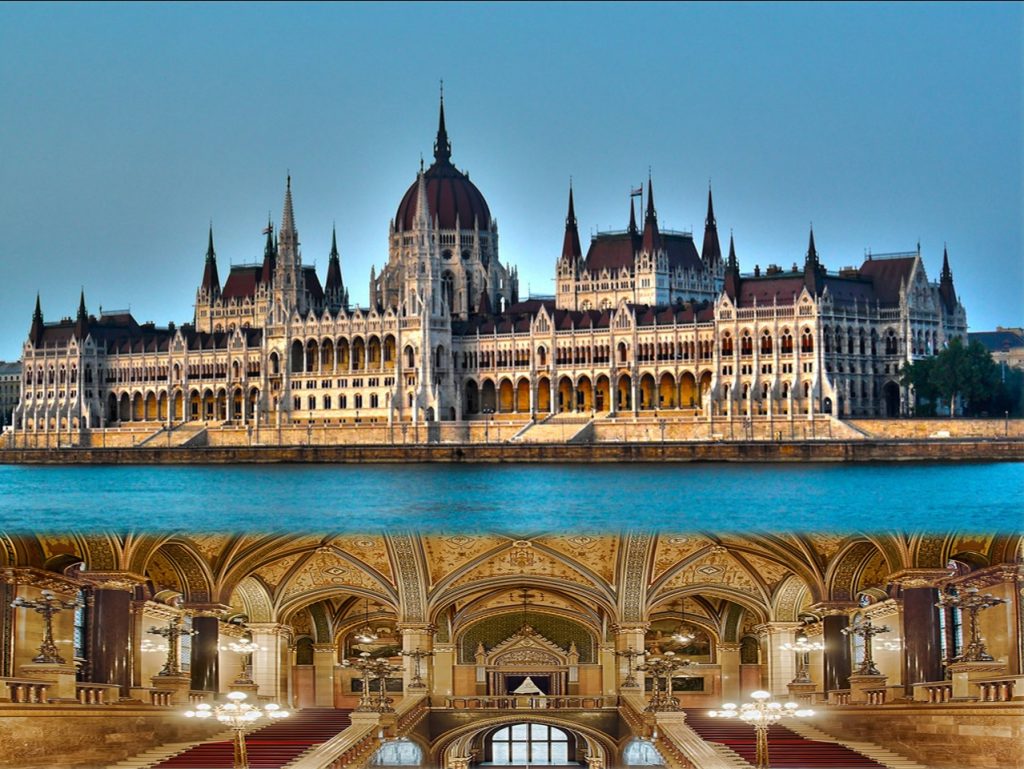 Finished in 1904, the building is mostly built on a Gothic Revival style. Except for the immense dome, which is from the Renaissance Revival. The structure is completely symetrical. They say it’s so big it could fit the entire population of Budapest inside!

It offers guided tours through its most emblematic spaces like the Congressman Chamber, the Central Hall where you can see the Holly Crown of Hungary and its many decorated stairs and big halls.

This huge square serves as the central point of the district, adjacent to Deak Square. It is a huge park in the heart of the city. Also is one of the favorite spot 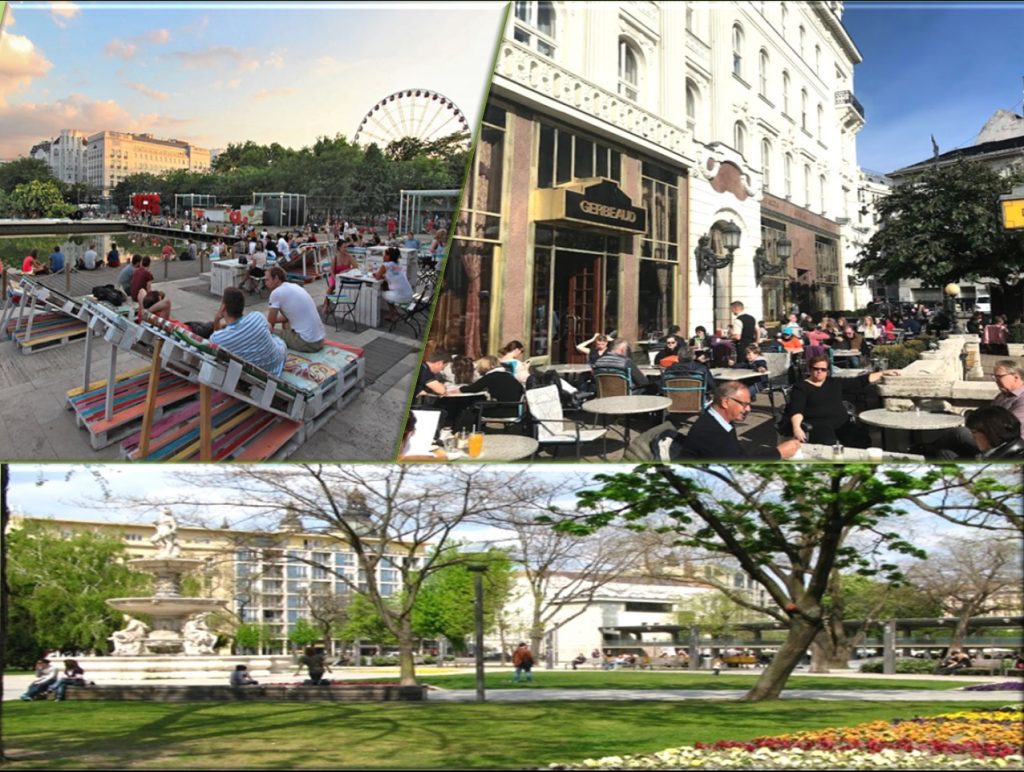 s in District V for students to meet, sit down, hang out or prepare for the night with friends.

In spring and summer, the stairs of the Akvarium club gets full of people from different nationalities and ages. With the arrival of good weather is easy to found where spend your time, in restaurants, bars, coffes…

Finally, it’s easy to notice the big ferris wheel in the middle of the square. Many tourists use the ferris as a lookout point to get a wide panoramic of Budapest landscape.